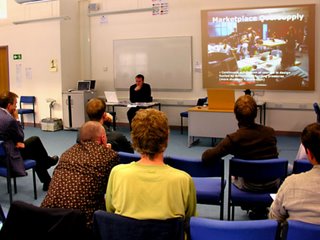 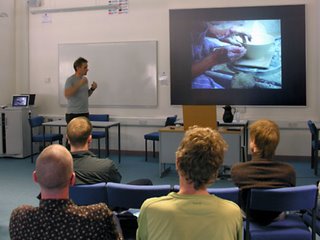 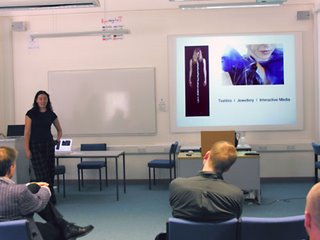 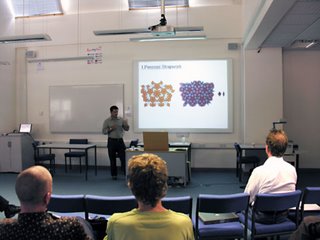 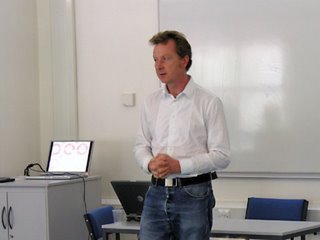 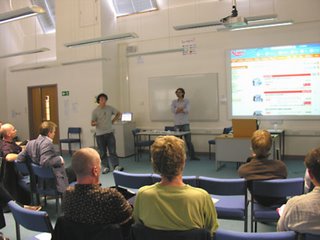 The ‘Perimeters, Boundaries and Borders’ Symposium at St. Martin’s College, Lancaster on Thursday 28 September, 1 – 5pm went really well. The discussion was self-sustaining (to the point that a summary was irrelevant) and raised many important points. The line up was as follows:

I recorded the entire session and hope to get it online as a transcript or podcast in the near future. 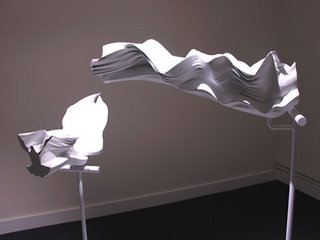 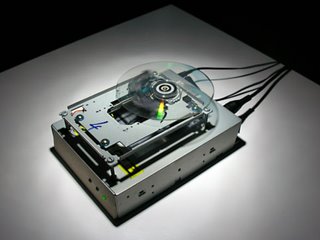 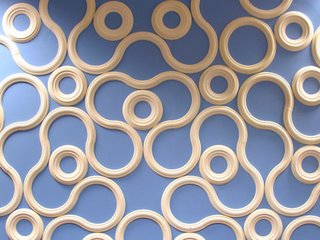 ‘Perimeters, Boundaries and Borders’ is finally open. It took a lot of effort but I think it looks great. The images shown above are:

(Top) Geoffrey Mann – Flight – Take Off
These sculptural forms, the echoes of a bird taking flight, at first appear ambiguous. By capturing the first five seconds of take off, these solid forms are indeed a frozen moment in time. By materialising movement, Mann illustrates that time and motion are actually transient objects.

Mann trained in 3D Design at Gray’s School of Art in Aberdeen and studied Ceramics & Glass at the Royal College of Art, London. He works as a product artist, digital consultant and lecturer and his current research focuses on creative ways of ‘humanising’ the processes of digital production. Mann has recently exhibited at Pinakothek der Moderne Germany, New York Central Library USA, and at this year’s International Festival of Glass.
www.mrmann.co.uk

(Middle) Simon Blackmore – LSD Drive
Blackmore’s custom-built LSD Drive is able to read lost data on apparently useless CDs, and process it using a program written in the Open Source software, SuperCollider. Light Sensitive Disk Drive is a fully functioning prototype hardware/software product that explores ideas of technological progress, technological waste and its environmental impact. CDs in various states of degradation can be played on the drive to produce different sounds from the lost areas of data.

Blackmore is based in Manchester. Since 2001, he has been reinventing the function or image of culturally iconic objects and products to make sculptures that are presented in a range of social contexts. Projects include converting a caravan into a gallery, making audio laptops from logs, making a machine to play a guitar according to the weather and turning a pole lathe into a musical instrument.
www.simonblackmore.net

(Bottom) Justin Marshall – Penrose Strapping 1
Through collaboration with Hayles & Howe, a manufacturer of architectural ornamental plasterwork, Marshall has developed a range of plaster mouldings that integrate digital design technologies with traditional manufacturing skills. Penrose Strapping 1, is a stunning contemporary example of traditional strapwork with scrolls, arabesques, and loops across the wall.

Justin Marshall’s practice spans sculpture, installation and design. Much of his recent work has been ceramic or plaster based, combining traditional skills with new technologies. Marshall is currently Research Fellow in 3D digital production at University College, Falmouth. His most recent exhibition was at Das Keramikmuseum Westerwald, Hoehr-Grenzhausen, Germany, and in 2005 he was awarded an Autonomatic research grant to work with Hayles & Howe decorative plaster company to develop new processes and work.
www.justinmarshall.co.uk

I will get more images online soon. In the meantime, have a look at Michelle Kasprzak’s Flickr stream.