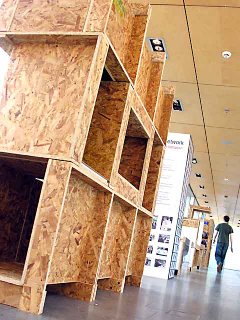 The Community Green project began as an ideas competition to explore notions of what a 21st century village green could be, using the inner-city suburb of Pollokshields, Glasgow, as an inspiration and test bed. Interdisciplinary teams of artists, architects, designers, and technologists were invited to submit proposals for public art projects that considered the role that technologies, especially those that have a low environmental impact, can play in the fostering of greater communication and participation within a community. Four teams were selected to develop their proposals into prototypes. The prototypes form the basis of an ideas resource to inform the regeneration of Pollokshields and include experimental street furniture, 3D electronic information-sharing points, modular greenspaces, and mobile platforms for public interaction.

The teams taking part in Community Green are:

be+ (Jude Barber and Uli Einslein)